Get out of the war 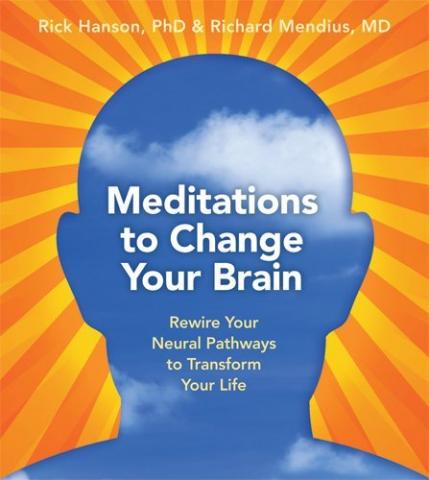 Get out of the war

What are you fighting? By “war” I mean here a mindset, not combat between nations with tanks and bombs. The “war” I’m referring to is an attitude of conflict and animosity toward a person, object, or condition. Parents can feel at war with a misbehaving teenager, and certainly vice versa. Neighbors quarreling over a fence. Spouses edging toward divorce; divorced parents continuing to battle over holidays. Someone stuck in traffic, at war with other drivers. Ideologues reviling the other side. Kicking the chair after stubbing a toe against it.

The summer when I was 16, I worked as a camp counselor beside the Pacific Ocean, and there was a lot of skin diving (without scuba gear) into the forests of kelp. One time I foolishly swam into a thicket of kelp, thinking there was clear water just on the other side, but there was only more seaweed, with thick orangish leaves and long strong vines reaching up from the seabed below. I was trapped, running out of air, and began to panic. I battled the kelp, thrashing and jerking, which only wrapped it more tightly around me. After I don’t know how long, a clarity came over me and my war with the kelp ended. My diving mask was around my throat, my snorkel ripped out of my mouth, and I’d lost a fin. I slowly disentangled myself from the kelp rather than fighting it, working my way upward, finally clearing it, seeing the bright silver surface of the ocean above my head, and rising up to it and then the precious air.

We need to be able to stand up for ourselves, deal with tough things – including nearly drowning – and change what’s wrong and uphold what’s right. But when we do this while also caught in anger like a swimmer caught in kelp, that’s not good for us or others. A mind at war feels bad, full of irritation and fear. The body revves up, accumulating the gradual wear and tear of stress activation. Perceptions and beliefs get biased and defended. Reactions are turbocharged. All this prompts others to go to war with us, which then drives vicious cycles.

Getting caught in the mind of war is understandable and all too normal. The capacity and sometimes inclination to go to war are a part of human nature (amidst many other parts, including empathy, restraint, altruism, and love). Next, this part of a person is shaped further by culture, economic hardship, childhood, and life experiences. Then psychological factors get involved, such as identifying with your “case” against others, vengeance, holding onto grievances, or a general mood of reproach.

But whatever its causes, still, a mind at war is the responsibility of the person who has it.

Recognize the causes. Be aware of the emotional payoffs in being at war, and the inner justifications. How did your approach to conflict get influenced by your upbringing and life experiences? Do you go to war because you don’t know another way? As you understand these causes more deeply, they’ll have less power over you.

Recognize when you’ve slid into war mode. Notice the tension and activation in the body, the righteousness and rigidity in the mind, the tangles of recurring conflicts with others. Be very aware of the experience and the impact on others, including innocent bystanders such as children. Considering all these costs, ask yourself: Do I really want to be at war here? Then make a choice. This moment of sincere choice is key. Without it, the momentum of war takes on a life of its own.

Pick a particular situation and imagine being strong and taking care of things without going to war, without throwing the hot coals that burn both others and yourself. How could you be firm and clear without slipping into righteousness or antagonism? Imagine someone who embodies this combination of strength, moral confidence, self-control, and non-reactivity to the warlikeness of others (two models for me are Martin Luther King, Jr. and Aung San Suu Kyi); imagine how this person might act in your situation, and see if you could be more like this yourself.

Take care of your real interests as best you can. If appropriate, try to repair with the other person (“non-violent communication” is a good approach). But if the other person ignores or punishes your efforts at repair, that’s not a good sign. Then if you can, name and try to repair the lack of repair – and if this effort is blocked as well, that’s a really bad sign. You may need to shrink the relationship – at least inside your own mind, if you can’t do this outside in the world – to the scale that is trustworthy and safe for you.

Bottom-line, look to the war as it happens inside you rather than getting swirled into the accusations, positions, threats, and recriminations around you. See the suffering in the other people and yourself, and see if you can have compassion for all parties. The world outside may not change. But if you end the war in your own head, you’ll feel better and act better. Which just might help the world around you to change for the better as well.

Check out Meditations to Change Your Brain, and other titles by Rick Hanson.