Research into benefits of meditation 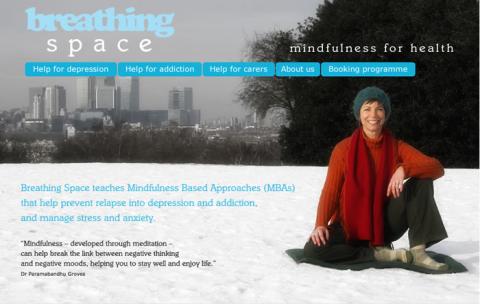 There have been quite a few studies done on whether there is a measurable effect  on a person's brain  during and following meditation practice. What follows is a summary of  the information found in medical publications and press releases, which details some of the findings on the effects of meditation. It is by no means an exhaustive list of all the research carried out to date, but should give some indication of the many and varied changes regular meditation can have.  One notable effect of meditation that has been observed in neuroscience studies is that practiced meditators show marked development in the areas of the brain associated with well being.15  This information is particularly relevant in today's world, as recent studies have shown that while income and economic comfort increase in the Western world, well being and happiness do not.

2.1. General anatomical regions of the brain shown to be affected during meditation

Regions of the brain:

Studies have shown that meditation can have a positive effect on the left prefrontal cortex, which is associated with positive emotional states, and is thought to help in minimizing the emotional response to an unpleasant experience. 14  For example, in people who had completed an eight week course in mindfulness meditation, the left prefrontal cortex was found to be more active when compared with a control group. 16  Regular meditation has also been shown to increase the thickness of this region of the brain.   This is particularly relevant for people who suffer from depression, as they tend to have lower levels of activity in the prefrontal cortex, and in fact, the severity of a person's depression has been linked to the degree to which activity has been reduced in that area. 14

Further to this, during a study by neural researchers into mindfulness, it was found that the more mindful a person was, the more activation there was in the "labeling" area of the brain (the region used when we name things) and less activity in the amgydala in areas affecting the sympathetic nervous system, resulting in a reduced response of this system.26 . Some studies have also shown increased activity in the hippocampus, which is important in memory formation, and also in a part of the limbic system, which has  close functional connections with the hypothalamus.  The hypothalamus is involved in the emotional processing of thirst, hunger, circadian rhythms and control of the autonomic nervous system.21

2.2. Effects on the nervous system and neurochemicals released in the brain

An EEG measures the electrical activity within the brain.  There are five main types of electrical waves seen in EEG brain scans. These are alpha (freq. 8-12 Hz), beta (freq. 12-30 Hz), theta (freq. 4-7 Hz), gamma (freq. 34 - 100+ Hz) and delta (freq. up to 3 Hz).  Alpha waves are associated with general focused attention, relaxation and calmness; Theta waves with quiet focus, relaxation and calmness, memory, spatial navigation, creativity, and problem solving; Beta waves with highly focused attention and busy or anxious thinking; gamma with certain cognitive (e.g. perception) or motor functions; and delta waves with slow wave sleep in adults.  Most of the cerebral signal observed in the scalp EEG falls in the range of 1-20 Hz.

An EEG study has shown that meditation can have long term effects on the types of electrical activity within the brain. The results of a study of long term Buddhist meditators showed sustained high amplitude gamma band and phase synchrony while meditating, and that after meditation, the gamma activity remained higher than the pre-meditation baseline .4 Gamma waves denote intense focus and are usually weak, but these were particularly high in the left prefrontal cortex for experienced meditators.20

In normal activity, brain waves are of the beta type.  However, during meditation, there is a shift in brain activity, with alpha waves the most commonly observed.  Alpha waves produce changes in the autonomic nervous system which result in a calming effect,20  due to the fact that an increase in alpha wave activity is associated with activation of the parasympathetic nervous system.24

EEG studies have also shown an increase in cortical coherence, along with greater left-right brain interaction.   Observing cortical coherence via EEG can be used to evaluate the functionality of cortical connections, and can also provide information about the synchronization of regional cortical activity.  An increase in melatonin production has also been observed during meditation, which enhances the immune system, acts as an antioxidant and helps to regulate the body's circadian rhythm. 21

Results of another EEG study found that that there may also be a relationship between theta and alpha activity and states of internalised attention and positive emotions, both of which are cultivated by vipassana and mindfulness meditation.8  While using Zen meditation, for example, increases were observed in fast theta power and slow alpha power, predominantly evident in the frontal area of the brain.2

An MRI study for assessing cortical thickness in 20 people with extensive meditation experience found that brain regions associated with attention, interoception (one's sensitivity to stimuli originating inside of the body) and sensory processing, including the prefrontal cortex and right anterior insula, were thicker than for control participants .5  Other results from fMRI studies have shown that during meditation, signal increases are seen in  the dorso lateral prefrontal and parietal cortices, the hippocampus/parahippocampus, and cingulated cortex , all of which are involved in attention and control of the autonomic nervous system.9

Another MRI study has also shown that the practice of mindfulness can help to calm the brain's emotional centre,17 and measuring activity in the frontal region of the brain has shown that  Buddhist meditation can help to shift the brain into more positive mental states.25

People with depression tend to show lower blood flow in the prefrontal region, and the degree to which this is true shows a correlation with the severity of an individual's depression.14 During meditation, a complex pattern of rCBF has been observed, including an increase in rCBF in the prefrontal region, which may reflect increased concentration.13 One research study observed changes in the cingulated gyrus (which relates to emotional function, and is probably a key structure in modulating mood), the dorsolateral prefrontal cortex (relating to working memory), and the thalamus (involved in sensory and motor function).13

In looking at the physical effects of several illnesses, depression was shown to have a greater impact on sufferers than angina, arthritis, asthma and diabetes.22, 27  There is evidence that new generation anti depressants do not have much clinical benefit for most people with depression, however, talking therapies, exercise referral and other treatments can be quite effective.19  In addition, some psychologically based investigations have provided evidence of the positive effects that meditation can have.  As one researcher stated, "one of the most outstanding features of emotion is the pronounced variability among individuals in their reactions to incentives and in their dispositional mood.  Collectively these individual differences have been described as affective style.  A resilient affective style is associated with high levels of left prefrontal activation, changes in activation in the amygdala and a fast recovery of response to negative and stressful events."1 As mentioned previously, there is substantial evidence that meditation has a positive effect in these areas of the brain.

An 8 week stress reduction program based on mindfulness meditation found that participants experienced a significant decrease from baseline figures for reporting daily hassles (24%), psychological distress (44%) and medical symptoms (46%) which were maintained at a 3-month follow up as compared to a control group.3  In addition, a study involving a group of 90 people who suffer from chronic pain  who were on a 10-week programme in mindfulness meditation showed statistically significant reductions in measurements of present moment pain, negative body image, inhibition of activity by pain, pain symptoms, mood disturbances and psychological symptomology such as anxiety and depression.6  Although derived from a small number of studies, results suggest that Mindefulness Based Stress Reduction , specifically, may help a broad range of individuals cope with their clinical and non-clinical problems.10 Mindfulness Based Cognitive Therapy, as used in courses run by the LBC, seems to help reduce the likelihood of further attacks of depression in over 50% of cases so far trialed.18